The original World Trade Center was a large complex of seven buildings in the Financial District of Lower Manhattan, New York City, United States. It opened on April 4, 1973, and was destroyed in 2001 during the September 11 attacks. At the time of their completion, the Twin Towers—the original 1 World Trade Center (the North Tower), at 1,368 feet (417 m); and 2 World Trade Center (the South Tower), at 1,362 feet (415.1 m)—were the tallest buildings in the world. Other buildings in the complex included the Marriott World Trade Center (3 WTC), 4 WTC, 5 WTC, 6 WTC, and 7 WTC. The complex contained 13,400,000 square feet (1,240,000 m2) of office space. The core complex was built between 1966 and 1975, at a cost of $400 million (equivalent to $2.27 billion in 2018).During its existence, the World Trade Center experienced several major incidents, including a fire on February 13, 1975, a bombing on February 26, 1993,and a bank robbery on January 14, 1998.In 1998, the Port Authority of New York and New Jersey decided to privatize it by leasing the buildings to a private company to manage. It awarded the lease to Silverstein Properties in July 2001. On the morning of September 11, 2001, Al-Qaeda-affiliated hijackers flew two Boeing 767 jets into the Twin Towers within minutes of each other; two hours later, both towers collapsed. The attacks killed 2,606 people in and within the vicinity of the towers, as well as all 157 on board the two aircraft. Falling debris from the towers, combined with fires that the debris initiated in several surrounding buildings, led to the partial or complete collapse of all the buildings in the complex, and caused catastrophic damage to ten other large structures in the surrounding area. The cleanup and recovery process at the World Trade Center site took eight months, during which the remains of the other buildings were demolished. A new World Trade Center complex is being built with six new skyscrapers and several other buildings, many of which are complete. A memorial and museum to those killed in the attacks, a new rapid transit hub, and an elevated park have been opened. One World Trade Center, the tallest building in the Western Hemisphere at 1,776 feet (541 m) and the lead building for the new complex, was completed in November 2014. During its existence, the World Trade Center was an icon of New York City.It had a major role in popular culture and according to one estimate was depicted in 472 films. Following the World Trade Center’s destruction, mentions of the complex were altered or deleted, and several dozen “memorial films” were created. Readmore: Downtown Alliance Launches Small Business Rental Assistance Grant Source From: Wikipedia.org 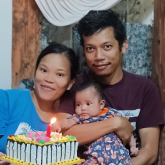